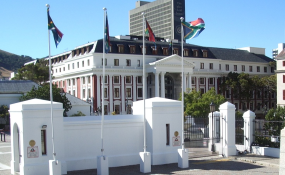 While allegations of the largesse meted out to South African politicians – notably those belonging to the governing party – rocked the country over the last few months as the Zondo commission into state capture heard evidence, the 2018 edition of the Register of Members’ Interests made for rather boring reading.

Yes, the usual slew of alcoholic gifts to mostly ministers are there, but the names Bosasa, African Global Operations or Gavin Watson aren’t mentioned once in the 286-page document.

The Joint Committee on Ethics and Members’ Interests released the register on Wednesday.

“The committee continues to reiterate the importance of the ethical disclosure of interests and acknowledges the commitment to this principle shown by all Members of Parliament from both Houses. The work of the committee is to create public trust and confidence in public representatives and to protect the integrity of Parliament. The production of this register also reinforces accountability,” reads a statement from the committee’s chairpersons Humphrey Maxegwana and Omie Singh.

Most of the gifts declared are liquor, chocolates and other snacks, and books. These mostly went to ministers or deputy ministers, and were generally from embassies and or international office bearers.

One of the gifts that will raise an eyebrow is the 2017 BMW X5 that was donated to ANC MP Fikile Majola by the trade union Nehawu worth R864 000.

Mcebisi Skwatsha, Deputy Minister of Rural Development and Land Reform, got a bull worth R80 000 from Hershell Independent Consultants, as well as a grandfather clock worth R30 000 from Malmesbury Correctional Services.

Minister of International Relations and Cooperation Lindiwe Sisulu also received a book – “Buthelezi: A Biography”. No surprises who gave the book to her – it was the subject of the book himself, IFP leader Mangosuthu Buthelezi.

Shivambu, who has been linked to the looting of VBS, did not list any companies, shares, sponsorships or benefits.

ACDP leader Kenneth Meshoe only listed two gifts – a suit from his wife worth R12 000 and two socks from his son worth R500.

The FF Plus’s Corné Mulder and Wouter Wessels are the only two MPs who in 2018 still held Steinhoff shares.

The full register is available for public perusal here.