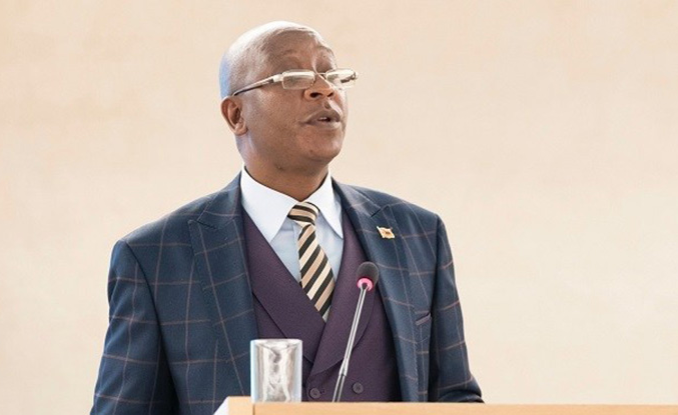 Government has dismissed claims the country was now in a state of emergency following the continued presence of armed forces within Harare’s residential areas and some parts of the country.

Speaking during parliament’s question and answer session on Wednesday, Justice Minister Ziyambi Ziyambi also denied any government wrongdoing in presiding over a fierce army crackdown on civilians accused of taking part in violent protests that rocked the country 14-16 January this year.

“Rogue elements in society who were barring people from going to work and beating others were the ones targeted by the armed forces.

“People were blocking roads and demanding money from the public. The Home Affairs ministry, with its limited manpower, is trying to preserve order in the residential areas.”

The leader of the house’s response was met with jeers by opposition MPs.

However, calm has since returned but the army still maintains a conspicuous presence in Harare’s residential suburbs, causing a continued sense of siege among frightened citizens.

There are reports that some members of the army were questioning civilians they would have met during odd hours of the day.

The newly restored public transport system in the capital has also seen armed military personnel deployed to accompany them into high density arrears.

The countrywide anti-government skirmishes that elicited brutal army and police reaction saw property being destroyed while shops were aso looted by the country’s frustrated and jobless youths.

But the state reaction has elicited strong condemnation from local rights groups and opponents to Zanu PF.

NGOs have reported that 12 people were gunned down by the military, which was also fingered in rape, torture and other forms of abuses against civilians.