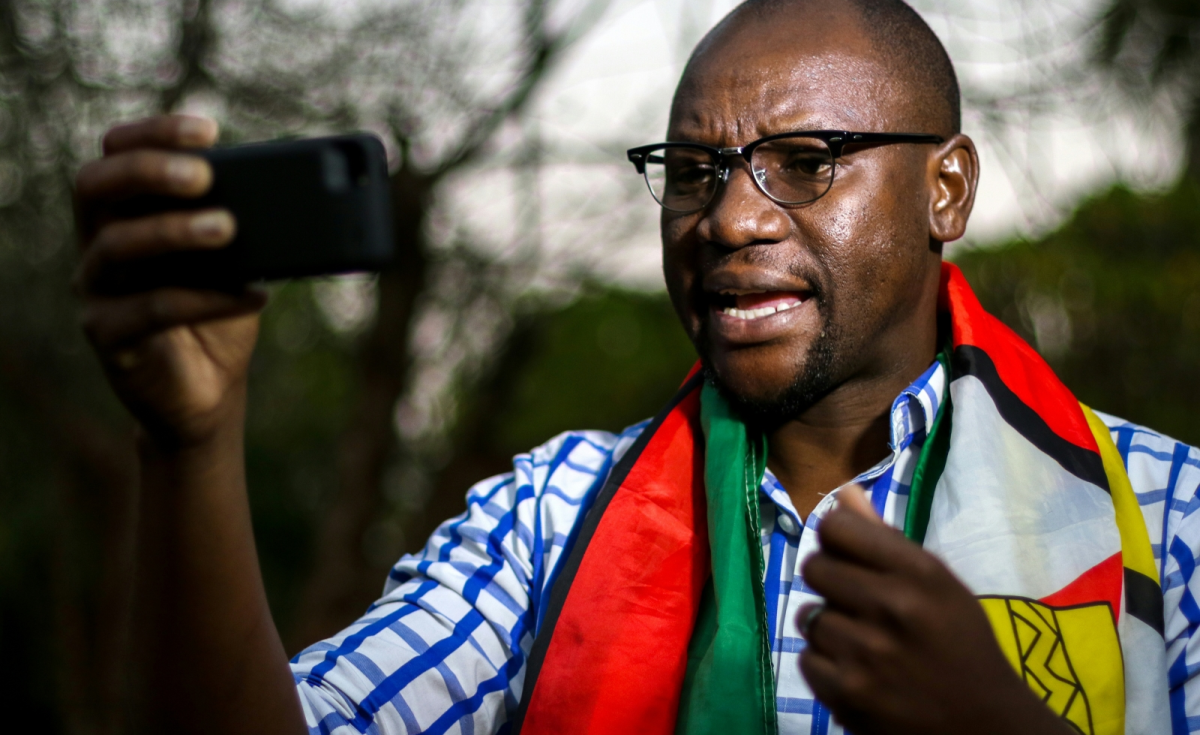 Pastor Evan Mawarire was released from jail, but still faces charges for supporting protests against Emmerson Mnangagwa’s government in Zimbabwe. The pastor said he saw many protesters with broken limbs while in jail.

A veteran of the anti-Mugabe protest movement, Pastor Evan Mawarire, pledged to “continue with the struggle” after Zimbabwe authorities released him from jail on Wednesday.

Zimbabwe is in turmoil after Mugabe’s successor, Emmerson Mnangagwa, decided to hike up gas prices earlier this month, giving the impoverished Zimbabwe the most expensive gasoline in the world. The move prompted protests across the African country. The government responded with a brutal crackdown, arresting over 1,000 activists, opposition politicians, union leaders, and ordinary citizens. Some 12 people were killed and over 300 injured in the unrest.

Mawarire was also arrested after publicly supporting strikes and protests against Mnangagwa. He faces charges of subversion and incitement to violence punishable by up to 20 years in prison.

‘I have no choice’

Following his release on bail, Mawarire rejected the allegations of subverting the administration.

“Our attention has never been to overthrow the government,” he told reporters on Wednesday. “All I’ve asked for is for our country to be fixed.”

“If you ask me if it is my attention to continue my struggle — I have no choice,” he said.

The popular pastor also slammed the “tragedy” of the government’s brutal response to protests.

“I was locked up with over 300 young men whose limbs were broken after being beaten by soldiers and police,” he said. “There are 16-year-olds who have been locked up.”

International observers condemned the violence, and President Mnangagwa pledged an investigation into the crackdown.

At the same time, however Zimbabwe authorities mostly cast blame to the opposition and “bogus elements” in allegedly stolen uniforms.

On Tuesday, the leader of the opposition MDC party Nelson Chamisa said the crackdown on civilians was “an escalation” compared to the violence seen under ousted Robert Mugabe.

The government’s response “makes Mugabe look like a baby,” Chamisa said, citing reports of rape and beatings. He also said that he had urged Southern African Development community (SADC) to intervene, but without success.

“I don’t know how many women are supposed to be raped before we begin to see the intervention of our regional bodies,” he said.

Also on Tuesday, lawyers marched in Harare to protest against “mass trials” of arrested protesters.