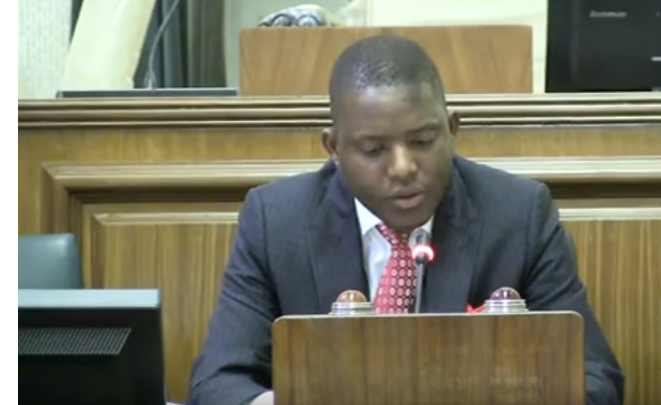 Tempers flared yesterday between Parliamentary Portfolio Committee on Lands, Agriculture and Resettlement chairperson Cde Justice Mayor Wadyajena and Agricultural and Rural Development Authority (Arda) chairperson Mr Basil Nyabadza over a directive by the committee to be furnished with documents of the entity’s strategic partners.

There was a heated exchange between Cde Wadyajena and Mr Nyabadza as the two accused each other of using bullying tactics during a hearing at Parliament Building.

The committee had invited Arda to explain its operations and directed that it furnishes legislators with copies of agreements that it entered with its strategic partners.

Earlier on, Arda chief executive, Mr Willard Mbona, had stood his ground, saying they could not provide “third parties” with the documents since the agreements had confidentiality clause.

The committee later asked Mr Nyabadza if he agreed with Mr Mbona, but he said upon reflection, he would provide legislators with the documents, but would not give it to the media.

“We never said the documents should be tabled to the Press, but to Parliament,” said Cde Wadyajena.

“Documents are submitted to Parliament and not to the Press.”

As Mr Nyabadza tried to respond, Cde Wadyajena continued speaking, resulting in him losing his calmness as he demanded to be given a platform to respond.

“You are dictating to me,” said Mr Nyabadza. “You are intimidating us. This is not fair. We do not want a headmaster type of approach.”

A heated exchange then ensued, with Mr Nyabadza protesting that he ought to be given the floor to speak, while Cde Wadyajena said he would get the floor today after providing the committee with the documents.